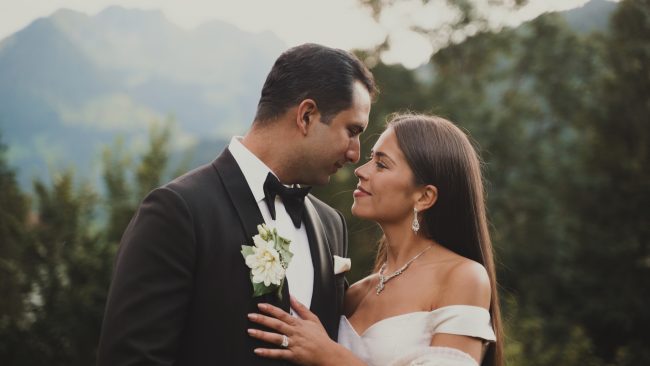 We were chosen to film this beautiful wedding that happend in 2019. This time we traveled to Gstaad in Switzerland. Gstaad is a small village surrounded by mountains and nice green fields.
Sahra and Pranay came all the way from New York to celebrate their wedding with their family and friends in Switzerland. Soon we will tell you more about this wedding. Enjoy! 🙂 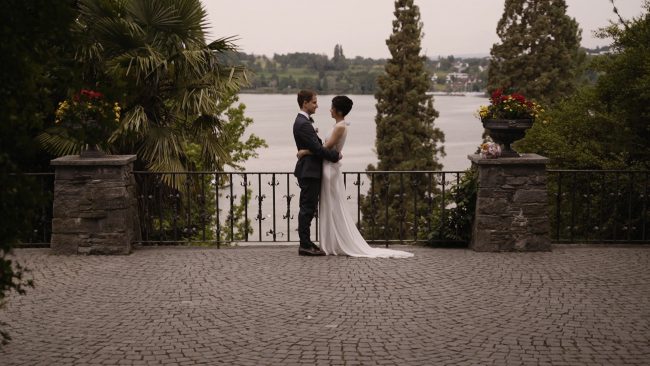 A multinational wedding in a multinational place, Lake Constance. In our opinion a perfect match! Lake Constance borders Austria, Switzerland and Germany. Its located in front of the alps. What else makes this lake a special place? Well, its surrounded by beautiful nature, romantic villages and lots of culture. It is truly a beautiful piece of earth.

In June 2019 people from Germany, China and the United States gathered to celebrate the wedding of Jing and Frank. For us it was a pleasure to be with these two kind people to capture their wedding, one of the biggest days in a couples relationship.

The ceremony was held at Mainau Island. Its also called Flower-Island Mainau because there are lots of flowers and other plants. Getting married next to a castle, in the middle of thousands of flowers and big history is not a bad idea!
The ceremony was marked by the literary wisdom of a literature professor, poems and excerpts from the British children’s book “The Velveteen Rabbit” by Margery Williams.

Later, after the reception in the orchid house, all people left by ship for Kreuzlingen in Switzerland. We were able to see the Lake Constance from a different angle. It was worth it! 😊
After the ship had docked in Kreuzlingen, the whole wedding party went to Seeburg Castle to celebrate the newlyweds. The castle is beautifully situated, directly near Lake Constance. The park is well maintained and there are even impressive sequoias.

And now look for yourself by watching the wedding film! Enjoy! 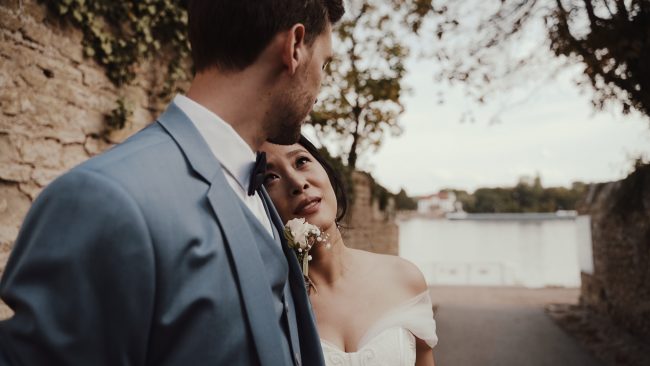 A small teaser for the wedding of Ling and Daniel in the beautiful castle Crass on the Rhine in Eltville. You can find the complete film below.

It was a lot of fun to accompany Ling and Daniel during their wedding. You could see every second that these two people are overjoyed! All the more joy I had to record everything:)
But look for yourself…

The location, Burg Crass in the wine, sparkling wine and rose town of Eltville am Rhein is a very nice place to celebrate a wedding. It is surrounded by vineyards and of course the Rhine. It offers enough space for a big celebration and the garden opens the possibility for a wedding directly beside the castle with view on the Rhine. 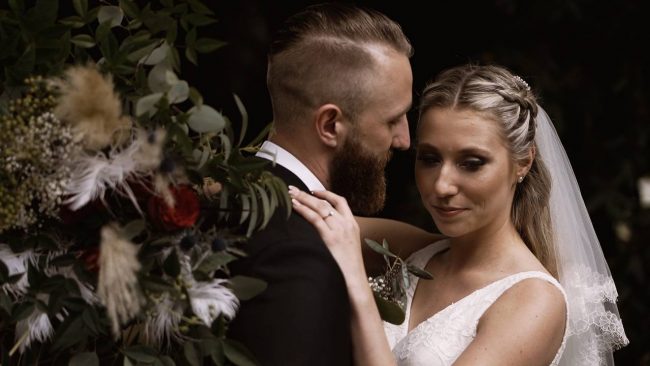 These two dear people got married in September 2018 in Königstein in the Falkenstein Grand Kempinski. The luxury hotel is beautifully situated in the middle of the Taunus with a view of the Frankfurt skyline.

But convince yourselves in the teaser and the wedding movie of the two!

In the afternoon we went to celebrate in a very large garden next door. The decoration! So wonderful! Also have a look at the wedding photos.

The two had waited a long time for this day, especially Sandra 😉 It was a wonderful day! We are happy that we could be there!

If you are looking for a wedding videographer, please contact us. 🙂